Only Elvis Presley could elicit screams just by singing 'America, the Beautiful'. As he sang about 'amber waves of grain', at his Sunday afternoon Riverfront Coliseum, a chorus of girlish screams shot up from the sold-out audience of 17,540. The crowd's reaction to the next line was wilder. 'For purple mountains' majesty above the fruited plains', Presley sang. Upon reaching 'fruited' he momentarily let his gaze drop to the women seated in the first row. He quickly flashed them the patented Elvis sneer. The women jumped out of their seats. Shrieking, they reached out with one hand toward the stage and with the other hit their heads in ecstasy. No performer, 20 years after attaining stardom, receives the response Presley does. If audience adulation was the determining factor, his title to the King of Rock 'n' Roll would be unquestioned. 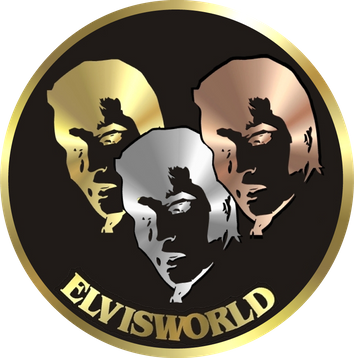