My grandmother Hanni, a small, round Saxon, was a very fun-loving and humorous woman. She loved a good "droplet", freshly ground bean coffee, Dresdner Stollen and - Elvis Presley.

When Elvis was stationed in Friedberg / Hesse in the late 1950s and lived in Bad Nauheim, she had long since passed her sixtieth birthday, and I, her granddaughter, was in puberty. We both raved about Elvis, each in her own way. Granny was impressed by his voice, and I loved everything about him.

Together, Hanni and I listened countless times on a small, portable turntable "One night" and "A fool such as I", the first Elvis single record we had back then.

"No vote!" Found my grandmother.

It was the time when I did my first pencil portrait experiments, mostly by Elvis. And they get straight away and found my school friends raging paragraph.

"Oh, granny, an autograph of Elvis on a portrait, that would be something!"

"I will not let you all that!"

That was my grandma. Young at heart and always ready to fulfill her granddaughter's heart's desire.

Without them, I would never have dared to ring the doorbell at 14 Goethestraße.

Here lived Elvis in the last year of his military service in Germany, and we Bad Nauheimer sometimes had the pleasure of meeting him in front of his domicile, in the city or in the park, usually accompanied by his bodyguards. Alone on the road, he was usually only in his fleet, white car, with which he drove mainly to the service in the Friedberger barracks.

Flocks of waiting young people, who had come to see him once, gathered in front of his house. They besieged not only the sidewalk, but also the front yard and the steps to the front door. Some leaned against the Cadillacs parked on the sidewalk, or scribbled with love at the white wooden fence that separated the little villa from the street. Others spent their time swapping autograph cards and other Elvis souvenirs.

From time to time, an angry bodyguard stood in the front door, trying in vain to drive the waiting crowd away.

When Elvis came in his white sports car, he was usually happy about the screaming of the girls, and as soon as he had finished the door of his car, he still gave friendly and patient autographs in the street on photo cards, in exercise books and who knows where , He liked to take pictures, and one or two beautiful ones even got a peck from him.

How good that I had my grandma with me! The crowd was once again especially big.

Which grandmother was interested in the King of Rock and Roll back then? I only knew one, and that was mine. How was I proud of her!

Hanni did not hesitate for long and got a lot of space, dragging me behind her. After we had finally managed to get up the stairs to the front door, pressed my grandma several times on the bell button, while I proudly held the people around my homemade drawing under the noses.

Secretly, I had already memorized some sentences in English, with which I wanted to greet Elvis and ask for an autograph. Oh, how excited I was! I hope I would not mess things up and get a bright red head. Finally, I wanted to please him.

"Well, what is," my grandmother growled impatiently after we were not immediately opened.

The bystanders just smiled sympathetically and said, "That's no use. Nobody opens it. "

But they did not know my grandma.

"You'd better see that," she replied, ringing on undeterred.

There! All at once the door jerked open, and a beefy bodyguard looked around angrily. He made it unmistakably clear that we would have to disappear as soon as possible, all and on the spot. He had overlooked the little grandma in front of him, because he noticed her only after he had almost knocked over her.

For a moment he looked down at her in astonishment, then at my drawing, which I anxiously held out to him, and without another word he disappeared behind the door again.

My grandmother was speechless and I was close to tears.

But then the front door opened a second time.

The fans shrieked, and my heart almost stopped - Elvis!

Immediately movement came to the waiting crowd, which pushed forward. Meanwhile, the great Elvis greeted mischievously smiling and with friendly words that have not been remembered, my happy, happy grandmother. She paled indifferently in Saxon, and for a while they conversed in a pleasurable manner in which neither understood what the other said. The mutual sympathy was obvious.

Incidentally, Elvis signed my drawing with me, without my having had the opportunity to put my school English into practice, because he only had eyes for Hanni.

Later on our way home, she figured that Elvis might be her grandson, sighing wistfully, "Oh, that would be so!"

Short description of the author of the true story 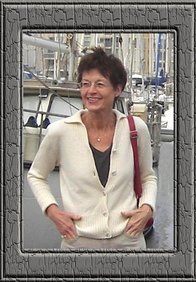 After living in Bad Nauheim for almost fifty years, I now live in Friedrichsdorf near Frankfurt.

As a student I often had the opportunity to see Elvis Presley from the windows of our school because he lived exactly opposite in the Goethestraße. Once, my grandma accompanied me to his front door, where she even managed to ring him out. An unforgettable experience for me!

After graduation in 1965, I studied in Gießen and became a teacher. Towards the end of my studies, in 1968, I almost lost my first state examination because I was constantly involved in demonstrations in Frankfurt. Here I have even made a fleeting acquaintance with Joschka Fischer and Daniel Cohn-Bendit, the former political agitators of the Frankfurt student movement.

After 5 years of professional experience and additional studies in Heidelberg, I was finally able to teach at a school for the blind and visually impaired. Since 2006, I am retired and can now return to painting and other hobbies. In addition, I discovered my joy in writing and published two books in 2007.

I am the mother of three children between the ages of 34 and 39 years old, who I had to raise for years alone under difficult conditions.

Now I finally have time for myself and my husband, and I can really enjoy my life. 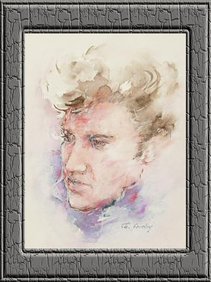 The RCA Records label is a unit of BMG Entertainment.

The BMG logo is a registered trademark of BMG Music.

RCA is a registered trademark of General Electric Company, USA

SUN is a registered trademark of SUN Entertainment Corporation, USA.